Taxation without Representation This column is written in Washington, DC (District of Columbia). For the past six months, I have been living here in the capital of the United States. The weather is unusually pleasant for this time of year. August has arrived, and normally the summers in DC are brutally warm and humid, but this year, June and July have been very agreeable with lots of sun, a dry breeze and very moderate temperatures. If this had been like any other, more normal, summer, the streets would not have been filled with kids playing and their parents enjoying a cup of coffee in the sun: everybody would have been indoor paying silent homage to the inventors of air-condition. 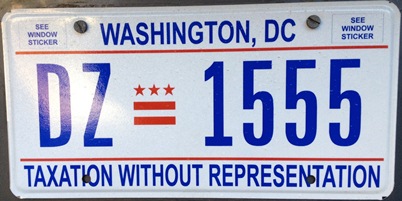 Do the residents of DC today have a legitimate moral complaint against the U.S. federal government or is it morally legitimate for the U.S. government to uphold the status quo for DC residents (perhaps with a reference to something like the concept of virtual representation)?

This is an interesting issue in political philosophy that raises important questions of what the legitimate role of the state is and under what conditions, if any, the state can extract, with violence or with the threat of violence, tax contributions from its citizens. At both the bachelor- and master-level, the study program Applied Philosophy at Aalborg University offers courses that help students think critically and coherently about this issue and a host of other related ones in political philosophy. It is fairly easy to just assert one’s views when it comes to normative political issues. It is, however, more difficult to argue for one’s views and hold an overall position, involving views on a number of different normative issues, that is logically consistent. Political philosophy, like any other area of philosophy, therefore requires something that the current weather in DC nicely accommodates: a cool head.